Today Carlos comes to town looking for Sabrina, Rafe and Taylor conspire together and Penny returns...like we care!

Sabrina and Patrick want to make romantic plans to be alone together at his house, but Emma gets sick. Patrick gets called to work, so Sabrina offers to baby sit. Later, Emma and Sabrina are alone. Emma is fussy and says she wishes her mommy was there to give her medicine. Sabrina tries to comfort her, but Emma says she's not the same as her mother. The conversation makes Sabrina feel badly. Later, she looks around at all the pictures of Robin woefully.

Sam thanks Molly and Nikolas for helping while Danny was sick by the Nurse's station. Nik sees Britt with her baby and leaves to go talk to her. Britt tells Nikolas that she named the baby Ben. Nikolas asks where Britt is going to live. She says at Sabrina and Felix's place. Nikolas doesn't think it's the best idea, but Britt says it's not his business. She thanks him for his help and leaves. Later, Patrick runs into Nikolas at the hospital and they talk about Britt living with Sabrina. Patrick says he doesn't think that's true, because Sabrina never mentioned it. Then Nikolas sees Felix and asks him if Britt is moving back in. Felix laughs and says no way. Nearby, Britt calls Taylor and asks her to talk to Felix about staying at his place, but Taylor says there isn't anything she can do. At the end, Nikolas finds Britt and insists that she come home to Windermere with him.

Rafe comes to the hospital to talk to Silas and check on Danny. Silas tells Rafe that he's sorry he was a jerk to him at first and that he doesn't mind if Rafe wants to stay with Sam. They talk about Silas's potential feelings for Sam & Rafe's disappointment over Molly getting back with TJ. Later in the hospital hallway, Sam and Silas talk in private about Danny's good health and then Kiki. Silas brings up Kiki's party and asks if Sam will come with him. Sam tells Silas that she's can't go to the party with him, because she's not ready to leave Danny alone in the hospital. He's disappointed, but says he'll just go it alone. 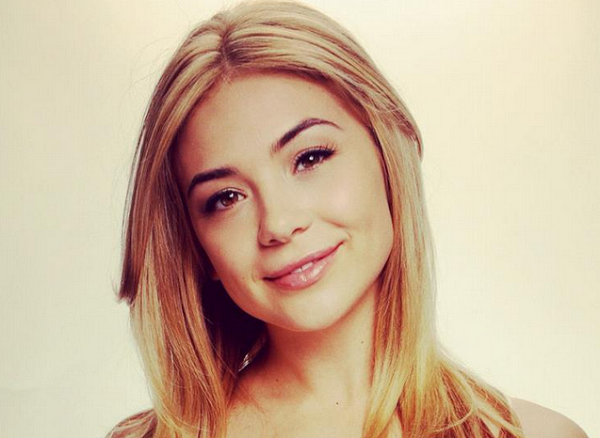 Taylor leaves a message for Rafe at Felix's place about sabotaging Molly and TJ. Then someone knocks on the door. Felix answers and it's Carlos, Sabrina's ex-boyfriend. Felix offers to take him to the hospital to see Sabrina, assuming she is there working. Felix takes him to the nurse's station and Penny is there. (You might remember that she hooked up with Michael over the summer at The Floating Rib) She tells them that Sabrina is at Patrick's house, because Emma is sick.

Michael runs into Kiki at Sonny's house. Kiki tells him that her and Morgan are staying there, because they got kicked out of the Quartermaine's. Kiki brings up the party, but Michael isn't sure Sonny is up for planning it. Then Kiki invites Michael to come to the party. At first he isn't comfortable, but Kiki talks him into it. She suggests that he bring a +1. So Michael decides to call Penny and he asks her to come to the party with him.

TJ stops by the hospital to see Molly. She shares with him that her new book, Maine Squeeze, is selling like hot cakes. They hug and kiss in excitement and Rafe happens to walk by and see them. She tells Rafe the good news. Rafe is happy for her, but politely excuses himself. Then Felix interrupts them and asks to speak with TJ in private. He tells TJ that he's not happy with him for what happened with Taylor and doesn't want his sister hurt. TJ promises he's going to stay far away from Taylor. Over at Felix's place, Rafe goes to see Taylor and asks what she wants to do about TJ and Molly. At the end, Taylor and Rafe pretend to be a couple and offer to double date with Molly and TJ.

Ava leaves a message for Silas asking if he's really coming to Kiki's party at the Metro Court. Morgan walks up to her and thanks her for throwing the party. Ava scolds Morgan, because he apparently charged her credit card to gamble. Ava threatens to out him to Kiki about his lies, but Morgan calls her bluff. He tells Ava that he is the reason Kiki is even talking to her at all. Ava tells Morgan she will back off if he continues to be cooperative with her. Then Kiki walks in and overhears part of their conversation.

At the end, Felix mentions that Carlos is in town looking for Sabrina to Patrick at the hospital. Then Carlos shows up at Patrick's door step. When Sabrina opens up, Carlos rushes in and kisses her. End of show!


What do you think of Carlos? I think he'll pave the way toward Sabrina and Patrick breaking up, then enter Robin!

Find Me On Social Media